Priests I Have Known 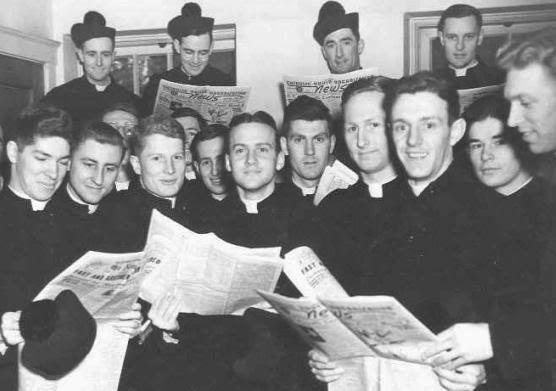 No one person is as important in the life of a Catholic as priests.   Without priests, we would have no Mass or Sacraments.  The priesthood is what makes life as a Catholic sustainable.  Yet we take for granted these men who leave the world, give up marriage and family and make themselves available to strangers for the sheer love of God.
No two priests are the same, however, you may have noticed that there are certain “types” that many individual priests tend to fall into.  Here’s a brief overview:
1.  The Company Man
Possibly the most “normal” and well-adjusted type, this priest is as reliable as he is predictable.  He has never made waves and is clean-cut to a fault.  He adapts himself to whatever parish he is in and whatever his bishop wants.  His homilies will never be controversial, and there is never any risk of them offending anyone either.  As a younger priest, he is often on the fast track to becoming a pastor.  If he makes it at a young enough age or works in the chancery, he may one day make bishop.  He will work until he reaches retirement age, then you’ll never see him again.   He is often photogenic and can be recognized as the man wearing a full Roman Collar (not the small insert) and cufflinks at parish functions.
2.  The Fun Lover
This is often the priest who just got out of seminary.  Usually, a younger priest, you’ll recognize him by his casual demeanor and the lay clothing he often sports.  He is usually placed in charge of the youth group, often plays the guitar and can be seen volunteering for the dunking booth at the parish bazaar.  He’s also in grave danger of leaving the priesthood because women are always attracted to him.  With any luck and some good leadership from his pastor, he'll learn about boundaries.
3.  The Patriarch
This priest is an institution in the parish because no one can remember when he wasn’t the pastor.  By the time many young people notice him, he’s already retired but still living in residence at the rectory.  He’s usually warm and affable and has a lot of stories to tell.  He is also popular (you don’t get to spend 30 years in one place by annoying people).  He is also usually from Ireland or Italy.  When he dies, there is always a huge funeral and a parish building is named after him.
4.  The Walking Cadaver
This priest is cold, distant and all business.  He is not particularly cruel, he just seems incapable of showing any personal warmth.  He is always an associate pastor unless a parish is in desperate need of a pastor.  His homilies are neatly typed and double-spaced and he appears to be delivering them to no one in particular because he never makes eye-contact with anybody.  No one knows what he does on his day off. 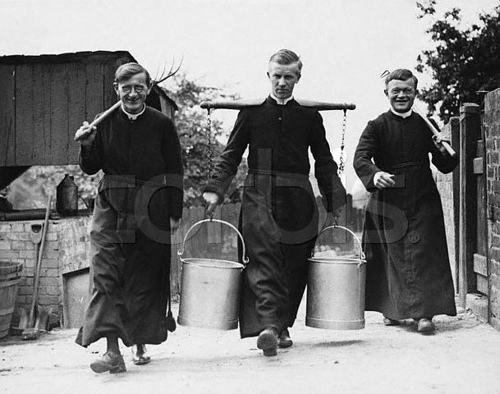 Also known as “The Heretic”, the bishop always knows who this priest is because he never stops getting letters about him.  Convinced that Vatican II created a new Church, he is ashamed of the Church’s past and wants to put it behind him. (and his flock).  His homilies are questionable at best and he refuses to hear confessions except at the appointed time in the bulletin.  If he makes pastor, he will often fire the parish staff, renovate the church and make a lot of enemies quickly.  He is frequently on extended leaves of absence.
6.  The Warrior
This priest doesn’t often have good “people skills”, but everyone knows who he is.  He is usually a member of a religious order, but not always.  He spends hours every day in prayer and lives his priesthood with an intensity that annoys his fellow priests.  He is impervious to public opinion and is frequently given to long periods of hard physical exercise.  Most of his brother priests make fun of him behind his back, but whenever they have a serious problem, he is the one they will go to.  This kind of priest is frequently involved in exorcisms and deliverance ministry.
7.  One of the Boys
Usually a middle-aged or older priest, this priest has experience and really doesn’t care if he ever becomes a pastor or not.  He wears his clerics for Mass and spends the rest of his time in lay clothes.  He isn’t particularly orthodox, but he avoids the open dissent displayed by The Flake.  He likes to drink beer, but isn’t an alcoholic.  People are very comfortable with him and he gets away with a lot because he is so beloved.
8.  The Absentee
This priest is always gone.  If he isn’t on a trip visiting his family, he is on a special retreat or maybe on a sabbatical doing special studies.  You never hear that he plans to go anywhere, but will discover it after he’s left.  Unfortunately, this priest often has a secret life that lands him in a treatment center or results in his laicization.  He is usually either gay, has a female lover or is an alcoholic.
9.  The Salesman
One wonders whether this priest attended the seminary or a four-year series of Dale Carnegie seminars.  Energetic, charming, and often good-looking, this priest excels at preaching and fundraising.  If he is a parish priest, the bishop will quickly put him in charge of stewardship programs or make him the pastor of a parish that needs to build a church or school.  If he is in an order, he will be called upon to visit various dioceses to give parish missions.  His vocation is often more difficult than most since his natural affinity for people  can cause a struggle with the solitude (and celibacy) required to be a priest.
10.  The Ex Priest
The saddest phenomenon known to mankind.
And yes, some of these types are often combined.
Are there any types missing?  Please share any other types of priests you have known and your experience with them.  Which type feeds you best as a Catholic?
Posted by Keyser Soze at 6:06 AM 2 comments: 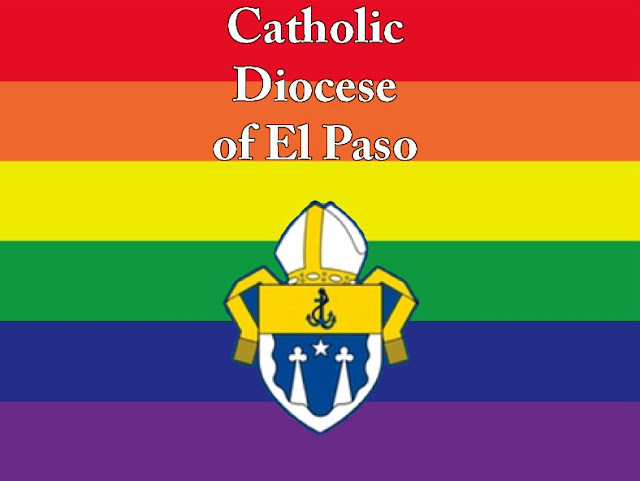 While the bickering about Fr. Pavone and his bishop still lingers in the media air, the most clear-cut, unambiguous act of injustice to a priest in America took place last week in the Diocese of El Paso: Bishop Armando Ochoa stripped Father Michael Rodriguez of the parish of which he was the pastor, San Juan Bautista, and sent him packing to the border town of Presidio, Texas where he will be assistant pastor at Santa Teresa de Jesus parish.


His crime? He spoke the truth.


His source of "offensive" teaching? The Catechism of the Catholic Church and The Bible.


And the real reasons for Fr. Rodriguez' quick departure?


• Bishop Ochoa admitted it himself: He feared that Rodriguez' statements might jeopardize the tax-exempt status of the diocese.


• Fr. Rodriguez had a regularly-scheduled Tridentine Latin Mass that drew Catholics from outlying areas and other parishes, hungry for the tradition that is rightfully theirs and has been unjustly denied for years.


And, if the comments hitting the blogosphere have any veracity, El Paso has a large number of priests, many of them in powerful positions, who are themselves homosexual and will not tolerate Father Rodriguez or any other priest denouncing their secret lifestyle as unnatural or sinful.


How far away is Presidio from El Paso? According to Google Maps, it is 255 miles. That translates into a 4 hour and 19 minute drive through barren, un-scenic desert in West Texas, some of the harshest terrain in the United States. 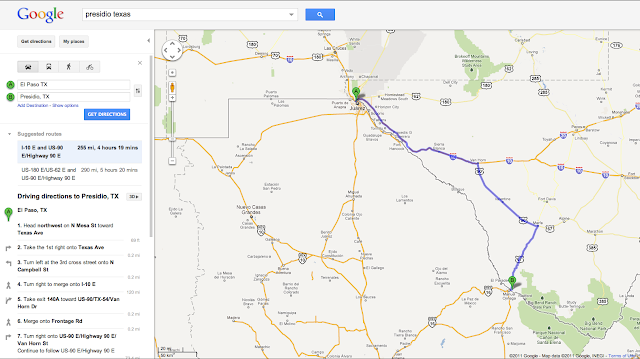 Attempting to save face on social issues, Bishop Ochoa has, to his credit, issued a press release promoting Respect Life Month In his message, Bishop Ochoa writes:


When the Church teaches on Reverence for life Issues, it speaks consistently on abortion, contraception, the death penalty, embryo Researchy, end of life issues, reproductive technology, persons with disabilities, Euthanasia, racism and discrimination, and sexual morality.


How can Bishop Ochoa possibly expect us to take him seriously as a "consistent" voice when people like Archbishop Dolan speak out against homosexual marriage while bishops like Ochoa punish their priests for doing the same thing in a respectful, intelligent manner?


How can Bishop Ochoa say that his diocese respects life, when he undermines a priest with the courage to speak out against one of the most life-threatening sources of fatally sexually-transmitted disease in society today?


How Bishop Ochoa claim to care about families, when he insists his priest remain silent about a growing trend to undermine families?


This is a scandal and a grave one. It reeks straight from the pit of hell and it cries out to high heaven for justice. The Catholic Church has always been the one, lone institution that spoke out when civilization was destroying itself. The Church has always been the one voice that teaches what is right, not what is popular. When a bishop, an apostle of the Church, silences that voice because he's afraid of losing his tax-exempt status, it begs the question: What master does he serve?


Here's a sample of Fr. Rodriguez' "dangerous" speech. Watch it now, before Youtube pulls the video.


Below is a picture of Fr. Rodriguez' new home, Santa Teresa de Jesus in Presidio.  El Paso's loss is their gain. 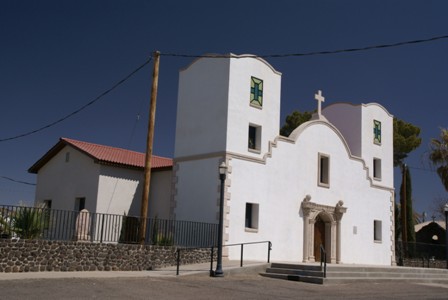