What Is the Meaning of This? 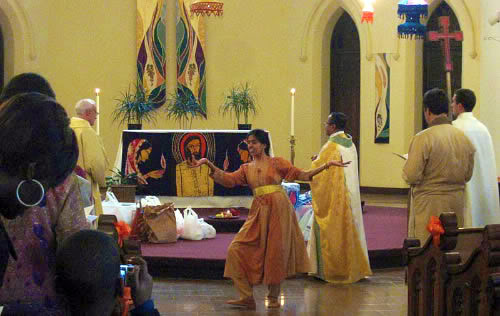 WORDS HAVE MEANING
If there's any word that rubs me the wrong way when talking about Mass, it's "celebrate".  When I was a boy, the priest would "offer" Mass or "say" Mass.  Suddenly, under the electric Kool-Aid swoon of Vatican II, we started "celebrating" Mass.
So I looked up the word "celebrate".  Here's what dictionary.com gave us as definitions:
1.

to observe (a day) or commemorate (an event)      with ceremonies or festivities: to celebrate Christmas; to celebrate the success of a new play.
2.

to make known publicly; proclaim: The newspaper celebrated the end of the war in red headlines.
3.

to praise widely or to present to widespread and favorable public notice, as through newspapers or novels: a novel celebrating the joys of marriage; the countryside celebratedin the novels of Hardy.
4.

to perform with appropriate rites and ceremonies;solemnize: to celebrate a marriage.
Hmm!   If that's what it means, I have no problem with a priest celebrating Mass.  I have no problem celebrating as a congregant if I am observing and commemorating Jesus' passion, death and resurrection.  I have no problem publicly praising and proclaiming Jesus Christ.  But most of us don't use the dictionary that much any more.  Words change meanings over years of wear.  For instance, have you noticed how "party" has transitioned from a noun to a verb?  Unfortunately, I think too many Catholics equate "celebrating" Mass with Mass as a party.  Very confusing. 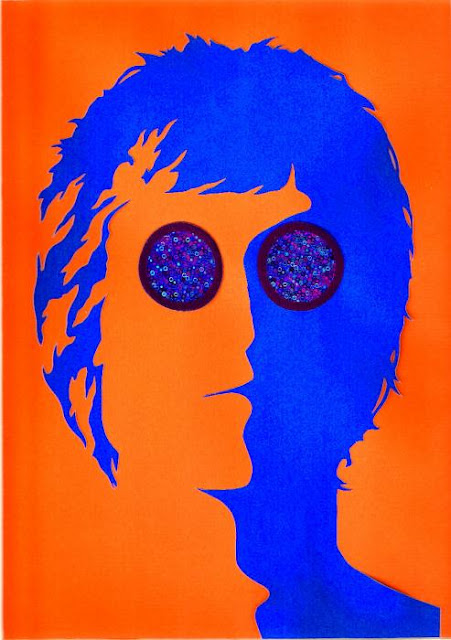 Vatican II met between 1962 and 1965.  It was gradually unleashed upon the Church shortly thereafter, culminating in the promulgation of the "New Mass" in 1970.  This is roughly the same time period as the Sexual Revolution, the Antiwar Movement, the Civil Rights Movement and an overall explosion of drug use coinciding with a general questioning and/or deconstruction of social conventions and institutions.  So is it any wonder that we read the language of Vatican II through the lenses of the 60's?


Casting aside the rusty hermeneutic of rupture, it's useful here to examine one of Vatican II's most important documents, Sacrosanctum Concilium.  In doing so, it becomes obvious that "celebrate" is very much a Vatican II word.  It is mentioned 28 times in the document, referring mostly to the Mass, but also to the Divine Office.  In many instances, "celebrate" is used in the same sentence as "Paschal Mystery".  The Paschal Mystery refers to the passion, death and resurrection of Jesus Christ.  That certainly seems to make sense with the text below that I found at this traditional Catholic website:


During the Mass, we are at the foot of the Cross, witnessing the re-presentation of the Sacrifice at Calvary. How would you behave if you could see, in a way very apparent to the senses, Christ on the Cross, pouring out His Blood for you? What sort of gratitude and reverence would you exhibit?

In fact, the word "mystery" appears 14 times in the document.


Other words of note in Sacrosanctum, include:

grave, sober, or mirthless, as a person, the face, speech,tone, or mood: solemn remarks.
2.

characterized by dignified or serious formality, asproceedings; of a formal or ceremonious character: a solemn occasion.


1.   to keep alive or in existence; make lasting: to
preserve our liberties as free citizens.

to keep safe from harm or injury; protect or spare.
3.

to keep up; maintain: to preserve historical monuments.
4.

to keep possession of; retain: to preserve one's composure.
5.

to prepare (food or any perishable substance) so as to resist decomposition or fermentation.


Is our weekly experience at Mass sober and dignified?  Is it marked by serious formality?  Could it be that our failure to preserve the Tridentine Latin Mass is what weakened our Church into such a serious state of decomposition after Vatican II?


Maybe at our next Mass we can try to be better Vatican II Catholics by observing  and commemorating (celebrating) the passion, death and resurrection of Jesus Christ by our sober and dignified (solemn)  participation in the Paschal Mystery.


Maybe Vatican II didn't define any dogmas, but that kind of Mass would certainly give it meaning.


One of those post Vatican II hymns that wishes it could be solemn.
Posted by Keyser Soze at 12:42 AM No comments: